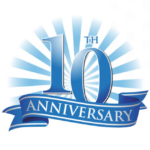 November 2020 was the tenth anniversary of when I lost the ability to eat. It was an odd landmark in my life which I didn’t mention to anybody, but it has been on my mind so I thought I’d try to write a blog post about how I feel about it, and how my body and my life have changed in the years since.

I started having difficulties eating in my early twenties when I first became ill with hEDS / PoTS (Postural Tachycardia Syndrome). After eating I would get a very rapid heart beat, which I managed by adopting a low calorie diet and lying down after eating each meal. The problem got worse in my mid-thirties and I found I could only eat small portions of food at a time. It was very frustrating and getting enough calories became a daily battle.

The problem progressed and in a heatwave in 2010 I became dehydrated and ended up in hospital, where I stayed for nearly a year. As eating had become extremely difficult I had a tube inserted into my stomach called a PEG (Percutaneous Endoscopic Gastronomy Tube) for liquid food to be pumped in. Since that procedure I haven’t managed to eat any real food. 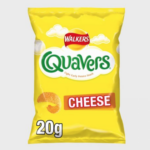 I didn’t miss food as much as you’d expect. For several years my diet had been very restricted and eating had frequently given me really difficult symptoms. It was a relief not to experience them anymore and to have a more tolerable source of nutrition. With hindsight it took a long while for me to psychologically adapt to such a big change. I developed the odd habit of smelling food, particularly chocolate, and buying food for other people that I’d like to eat myself. Slowly I’ve learnt it helps to avoid food, but every few months I have a period when I enjoy watching cookery programmes. My latest binge-watch is ‘Snackmasters’, where top chefs compete to recreate a different famous snack each week. The episode about Quavers was fascinating!

For a couple of years I managed to get enough calories through the tube into my stomach, but PEG feeding became hard to tolerate and I slowly got shockingly thin. Consequently I went into hospital to be started on parenteral nutrition, which is the process of pumping sterile liquid food into the bloodstream. It has a high risk of infection, but it had a profound effect on my body and I gained three stone in less than a year. At first I received 50% of my calories from parenteral nutrition and 50% from PEG feeding. In the years since my digestive function has got considerably worse, and today 95% of my calories come from parenteral nutrition.

The change to parenteral nutrition was for medical reasons, but it had big benefits for my quality of life too. Each day it provided a very healthy amount of calories, without any symptoms, and the system was portable. Parenteral nutrition comes in large bags which can be stored in a rucksack and hung on the back of my wheelchair. After five years of mostly being in bed struggling to get enough calories suddenly I was able to go out and have nutrition pumped straight into my bloodstream at the same time, which was amazing. I started seeing friends and family much more regularly. I had trips to the cinema, the theatre, and I also started writing this blog.

While my weight and my lifestyle improved from parenteral nutrition, unfortunately my PoTS symptoms have become worse over the last 10 years, despite my being more active. To help manage this, the volume of fluid I receive each day from parenteral nutrition has increased from 2 litres to 3.4 litres, which is a big change. My bone density (osteoporosis) has also got worse, so I have to be very careful with my body.

Due to those problems overall I’d say my health has declined over the last ten years. I’ve worked hard to try to improve. I’ve seen new doctors, I have regular physiotherapy, acupuncture and I do daily exercises which I try to progress, but due to chronic joint pain I’ve never made much progress.

I manage to keep feeling positive, which surprisingly I’ve found easier since I haven’t been able to eat. My quality of life is much lower than most people of my age, but without the intervention of tube feeding I would have died in 2010. Despite my health problems I’ve enjoyed the last ten years and I’m very grateful for that time. I’ve been living independently and I’ve got to watch my nieces grow up which has been fascinating and lots of fun. I’ll never be able to eat food again, but I’ve learnt to live with that, along with many other health problems. I smile and laugh whenever I can, and I hope I’m around for many more years to come.